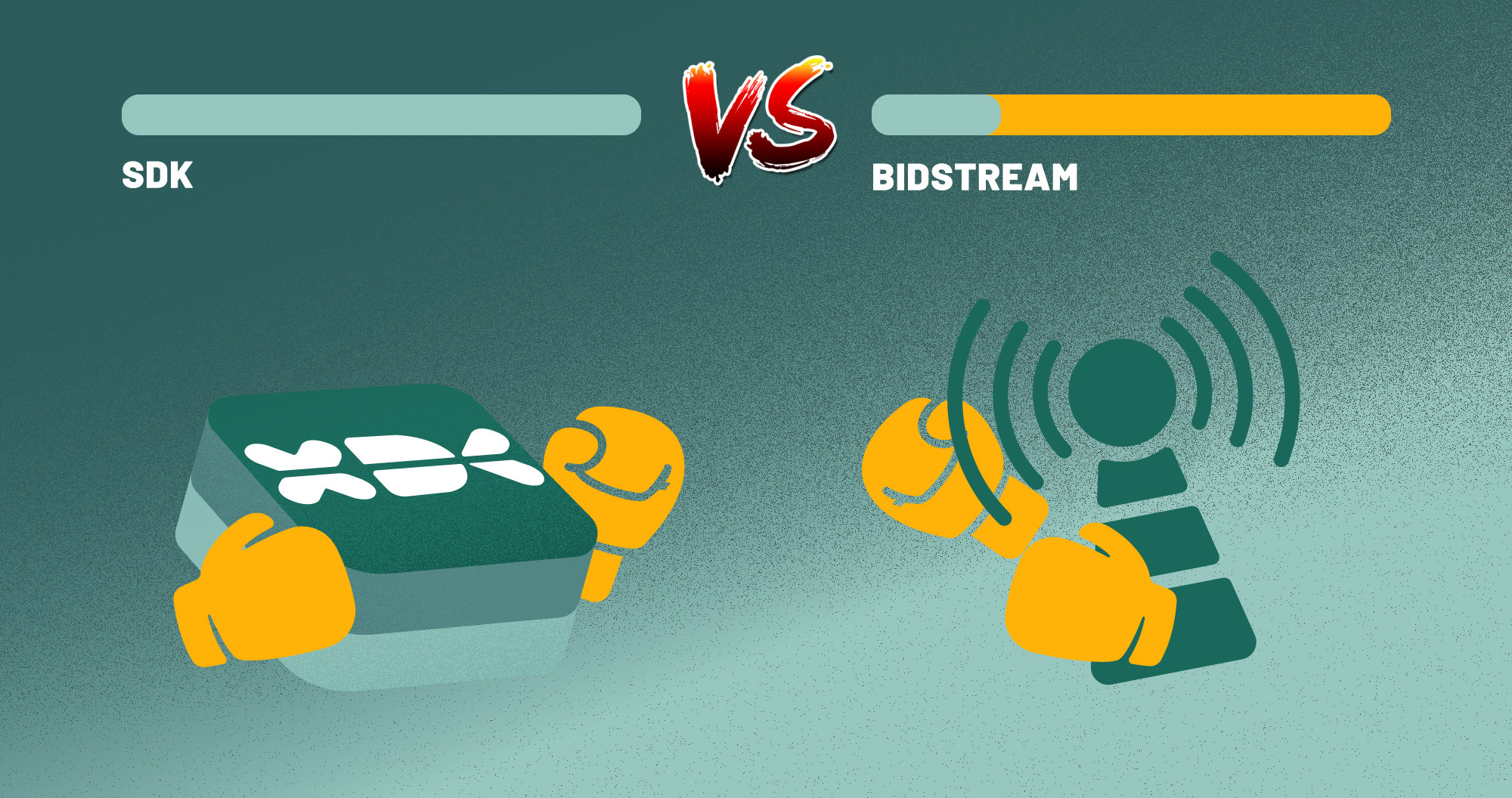 A lot happened in 2013. The Higgs Boson’s existence was confirmed, the very first Sharknado movie was released, and Destiny’s Child reunited for a minute. Other important things went under the radar, like the development of bidstream data. Guess which one I’m going to talk about today?

A lot has happened in the location data space since 2013. Here’s a year-by-year look at the rise and fall of bidstream data, the growth of SDKs, and our hopes for what’s next.

The first iPhone was released in 2007. Developers quickly created a boatload of SDKs for data collection. These SDKs were the foundation of an industry, but they were far from perfect. 2009 was a turning point for the industry, because people began carrying their cell phones at all times. This dramatically increased the amount of data collected.

Bidstream data comes from advertisements within apps and websites, which collect basic information like a user’s location. It’s easy to collect a bunch of bidstream location data, but volume comes at the expense of quality.

In 2013, the word “bidstream” experienced its first real spike in search volume.  In a constantly-shifting data landscape, the bidstream was the first and only availability for data buyers. Unfortunately for bidstream, this attention came with added scrutiny.

2014 looked a lot like 2013 — bidstream was the go-to data source, but the industry was still expanding. This early on, only a handful of people recognized that bidstream data sacrificed quality for quantity. Even though the technology was still seriously lacking, developers began to refine SDKs in order to challenge bidstream’s dominance.

You know what they say — easy come, easy go. Bidstream data is easy to collect and scale, but it’s also inaccurate and imprecise. Recognition of these issues began to spread throughout the data industry in 2015, along with real doubt about bidstream data.

Bidstream data was losing trust as its limitations were made more public, and people began to call for better, more accurate data collection mechanisms.

Once issues with bidstream were more widely acknowledged, companies began trying to filter through the mud of bidstream data. This is a practice that still exists today — businesses sort through large amounts of bidstream data, claiming that they can find accurate data if they only cut away the excess. Unfortunately, that wasn’t true in 2016, and it isn’t true now.

2017 was a big year for the data space, and for X-Mode — it’s the year we pivoted from an app development company to a location data company. We were tired of using ineffective SDKs and didn’t want bad data clogging up the industry, so we took matters into our own hands. We released the XDK and began buying and selling our own high-quality data.

By 2018, the inaccuracy of bidstream data was widely known, but the issue was not widely acted upon. Over 50% of data buyers used bidstream, simply because it’s what they were used to. X-Mode aims to disrupt that toxic pattern with better data.

The bidstream system was never designed to be privacy-minded, and it got hit hard in 2019 with the arrival of legislation like the GDPR and CCPA.  Josh Anton, the CEO of X-Mode, goes really in-depth on what these kinds of legislation mean for the future of data in this column for AdExchanger.

Data privacy laws have changed the game of data collection, and they’ll eventually eliminate subpar players like the space. With companies like X-Mode sourcing exclusively from our own SDK, buyers can have valuable data and users can better protect their privacy. Everybody wins! Except for bidstream. Bidstream loses… as it should.

Do you want to learn more about the advantages of SDK data? Are you looking for high quality data, collected with user privacy in mind? Check out our data licensing page today! And for any other questions about our outstanding location data platform, head over to our contact form. We’d love to hear from you!